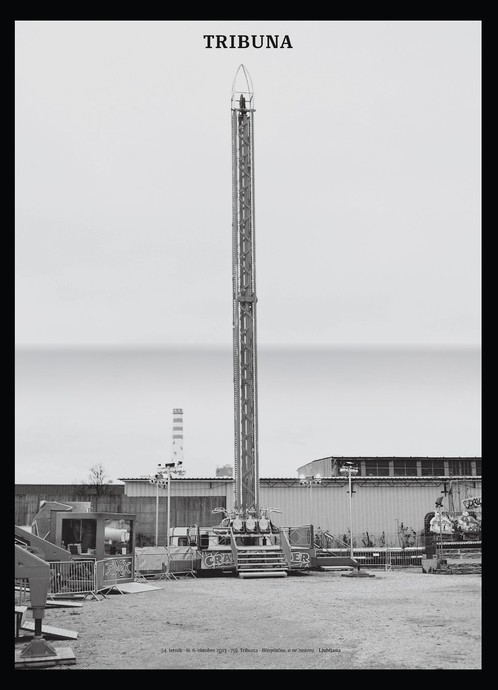 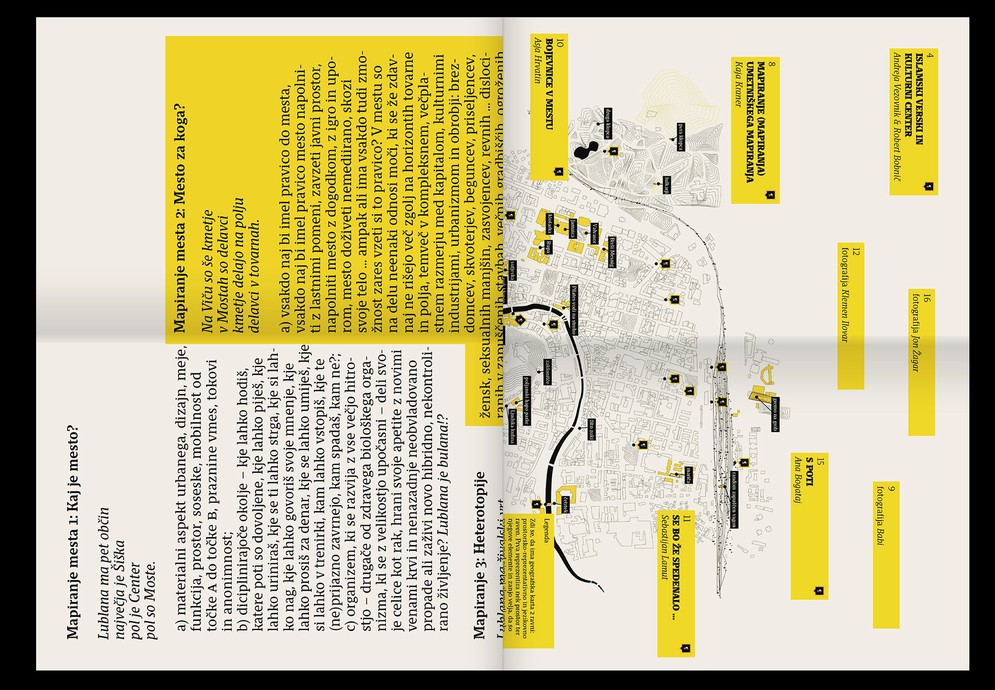 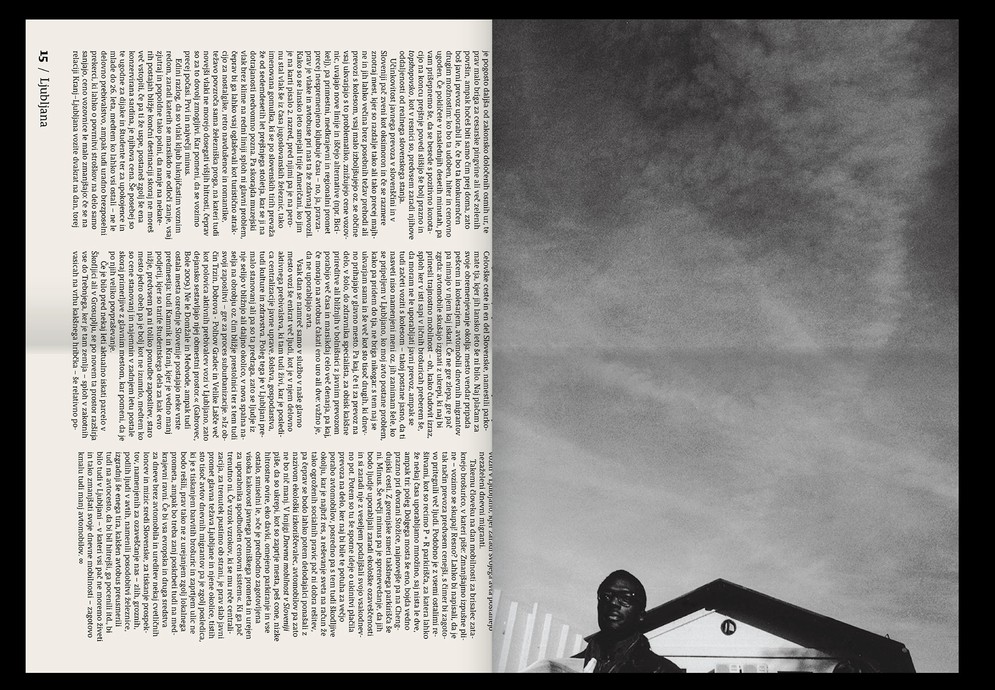 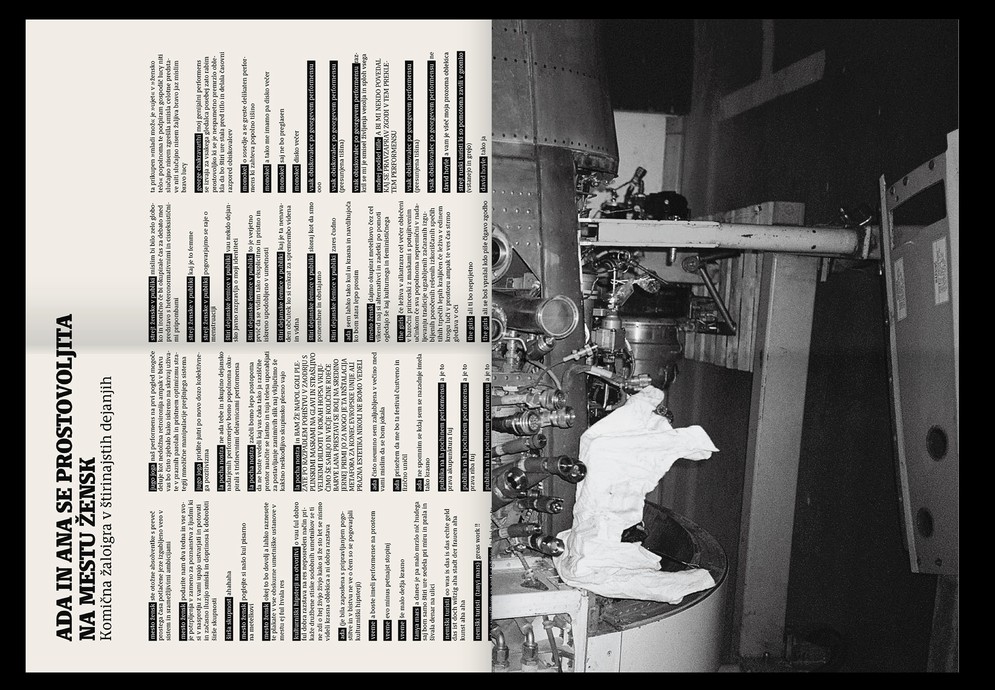 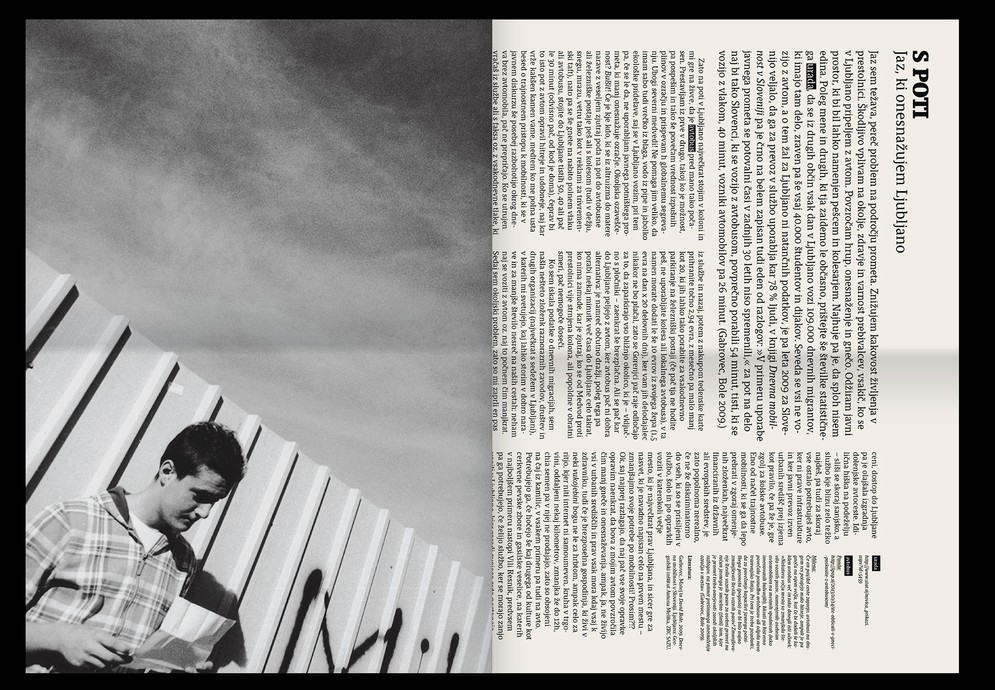 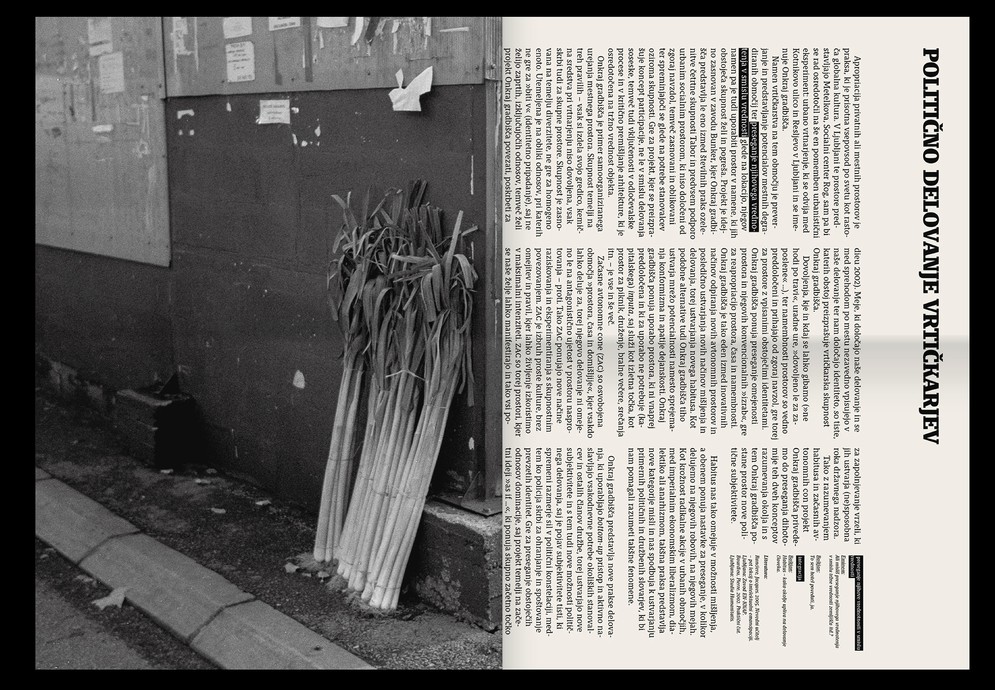 Tribuna was a longstanding newspaper focusing on critical theory and philosophy. For over 60 years its major part has been a progressive and experimental visual form which has become widely recognized and acknowledged by numerous design awards in the region.

Ljubljana (the urban issue) was designed as posters, instead of usual newspaper spreads and needed to be taken apart in order to be read easily.